Committee on the Elimination of Discrimination against Women, General Recommendation No. 23 on Women in political and public life

The Committee on the Elimination of Discrimination against Women issued a General Recommendation on women in political and public life in 1997 at its sexteenth session. 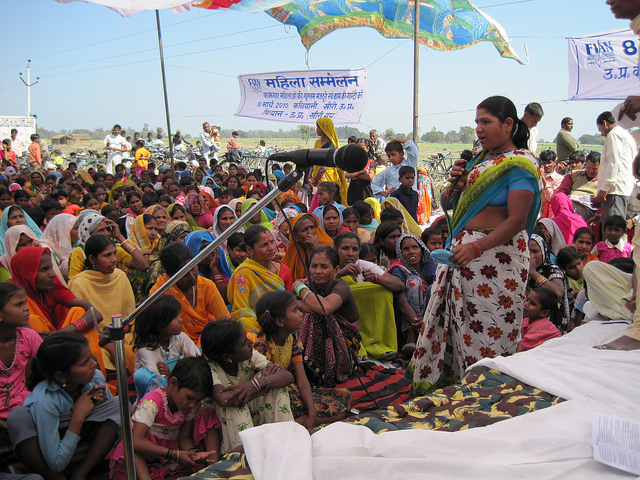 The Committee encouraged States to take all approriate measures to eliminate discrimination against women in the political and public life of the country and ensure to women, on equal terms with men, the right to vote and to be eligible, to participate in the formulation of government policy  and hold public office and other public functions, and to participate in non-governmental organizations and associations concerned with the public and political life. CEDAW General Recommendation No. 23 Political and Public Life

In 1992 the Committee on the Elimination of Discrimination against Women issued a General Recommendation on violence against women.

Referring to Article 14 of the Convention on the Elimination of All Forms of Discrimination against Women, the Committee recommended that States parties should ensure that services for victims of violence are accessible to rural women and that where necessary special services are provided to isolated communities.

Committee on Economic, Social and Cultural Rights, General Comment No. 4 The right to adequate housing

In December 1991 the Committee on Economic, Social and Cultural Rights adopted a General Comment on the right to adequate housing as established in article 11 of the International Covenant on Economic, Social and Cultural Rights. In this General Comment, the Committee addresses the different dimensions of interpretation of the human right to adequate housing and its application.

Committee on the Elimination of Discrimination against Women, General Recommendation No. 16 on unpaid women workers in rural and urban family enterprises

The Committee on the Elimination of Discrimination Against Women adopted a General recommendation in 1991 in which it affirms that unpaid work constitutes a form of women’s exploitation that is contrary to the Convention.

The Committee recommends that States parties to the Convention provide in their respective reports to the Committee all of the information (legal and social) of this situation and that necessary steps are taken to guarantee payment, social security and social benefits. General Recommendation No. 16 on unpaid women workers in rural and urban family enterprises

In 1989, the Human Rights Committee issued a General Comment on the right to non-discrimination under Article 26 of the International Convention on Civil and Political Rights, ICCPR.

The General Comment starts by stating that the ICCPR obligates each State party to respect and ensure to all persons within its territory and subject to its jurisdiction the rights recognized in the Covenant without distinction of any kind, such as race, colour, sex, language, religion, political or other opinion, national or social origin, property, birth or other status. CCPR General Comment No. 18 Non-discrimination

The Convention came into force on December 1996, 195 Parties have ratified the text. The objective of this Convention is to combat desertification and mitigate the effects of drought in countries experiencing serious drought and/or desertification, particularly in Africa, through effective action at all levels, supported by international cooperation and partnership arrangements, in the framework of an integrated approach,  with a view to contributing to the achievement of sustainable development in affected areas. United Nations Convention to Combat Desertification in Countries Experiencing Serious Drought and or Desertification Particularly in Africa

The Rotterdam Convention was adopted on September 1998. The objective of this Convention is to promote shared responsibility and cooperative efforts among Parties in the international trade of certain hazardous chemicals in order to protect human health and the environment from potential harm and to contribute to their environmentally sound use, by facilitating information exchange about their characteristics, by providing for a national decision-making process on their import and export and by disseminating these decisions to Parties.

The Aarhus Convention was adopted in 1998 at the Fourth Ministerial Conference in the ‘Environment for Europe’ process. As of 16 January 2015 there were 47 Parties to the Convention.

The aim of the Convention is to contribute to the protection of the right of every person of present and future generations to live in an environment adequate to his or her health and well-being. Each Party to the Convention is called on to guarantee the rights of access to information, public participation in decision-making, and access to justice in environmental matters.